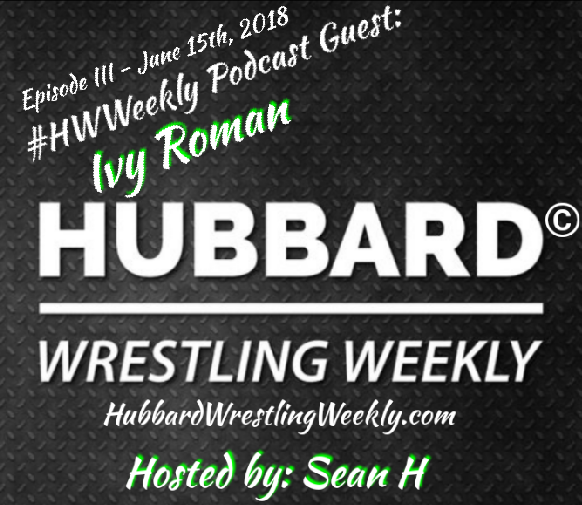 In what was an epic interview as part of the 3rd dynamic episode of the Hubbard Wrestling Weekly Podcast, up and coming professional wrestling star Ivy Roman would speak about her younger days growing up & the relationship she has with her sister, her love for the pro wrestling industry, responded to some tweets from some of her fans, expressed her appreciation for the Now You Create organization among other organizations, and would deliver a very strong message to a man by the name of Vince Steele who made some controversial comments regarding her ‘Greatest of All Time’ stable brother Riot Raze.  You do not want to miss what she had to say as she totally speaks her mind and definitely puts everyone on notice that Ivy Roman and the Go4t are the team to deal with in world of professional wrestling.  Press play right now and hear what the Silver Queen has to say!
Special Guest: Ivy Roman of The GO4T (Twitter: @SilverQueenIvy)
HWWeekly Website/Podcast Founder: Sean Hubbard
Web Developer/HWWeekly Lead Consultant: Alex@haascrea.com
**All content of Hubbard Wrestling Weekly Podcast has been produced by and is the exclusive property of HubbbardWrestlingWeekly©**