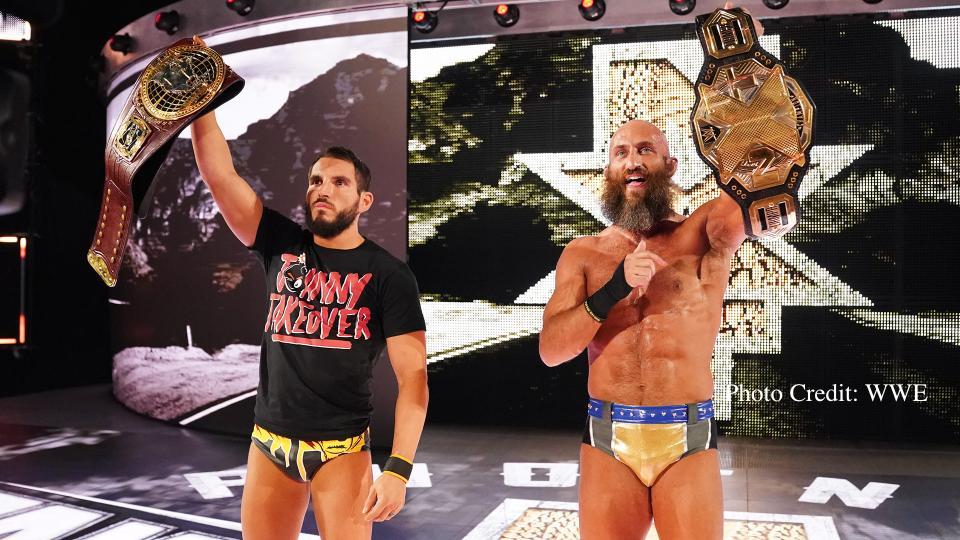 WWE NXT brings its “A” game as DIY reigns supreme

* What an amazing night in WWE as NXT proves yet again to be must see television with Takeover Phoenix. On a night where (what #HWWeekly calls) the 2 biggest stars in NXT Adam Cole and Velveteen Dream were not in action, the future of WWE proved that though All Elite Wrestling is coming in May, WWE has the young talent to fight back as the NXT superstars put on an amazing show on the eve for the Royal Rumble.
* Former tag team partners known as DIY, Johnny Gargano and Tommaso Ciampa were the wrestlers of the night defeating Ricochet and Alesiter Black respectively and both matches were 5-star quality. In the NXT Women’s championship match Shayna Baszler was favored to win, but now the once-defeated Bianca Belair proved she was the real deal, putting on arguably her strongest effort since joining WWE ironically in her first loss. She was able to break the ‘Queen of Spades’ rear naked choke not once, but twice before fading to unconsciousness after the 3rd application of Baszler’s finishing hold. Belair earned more respect in tonight’s loss than all of her previous wins, and in this writer’s opinion sets the stage for a bright future as a potenial NXT & RAW/Smackdown women’s title holder.
* The Undisputed Era brought their swagger and unmatched popularity to Takeover Phoenix with the NXT Tag team championship against the War Raiders, and as Kyle O’Reilly played guitar with his title came the hope that, what Hubbard Wrestling Weekly feels is the best tag team in the business today, would retain the belts, however that wasn’t meant to be. War Raiders put on an amazing show as the big men flew around the ring like cruiserweights and though O’Reilly and Strong put up one heck of a fight, the Raiders left Takeover as the new tag team champions. In addition to that, ‘The Original Bro’ Matt Riddle used a relentless ground and pound MMA style attack to tap out Kassius Ohno, bringing the “knockout artist” yet another NXT Takeover loss. 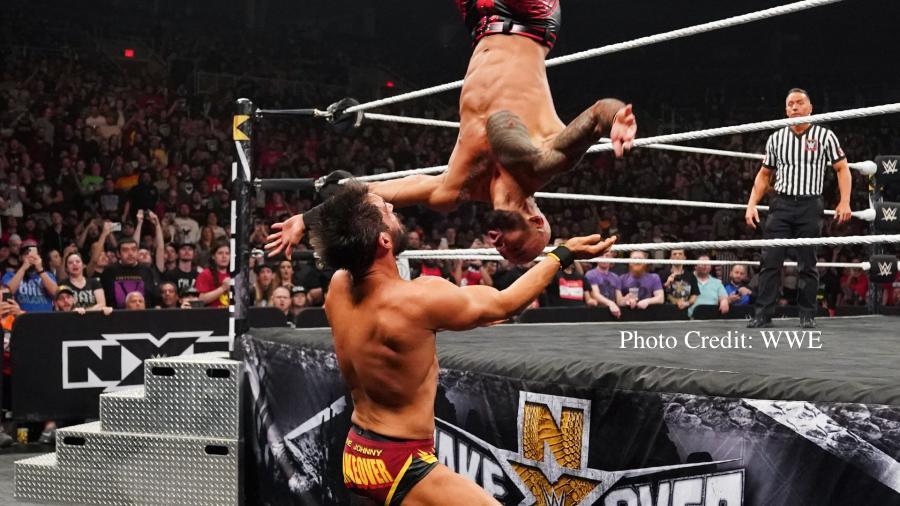 * All this being said, once again former NXT Tag Team Champions and now the reigning NXT Champion and NXT North American Champion respectively had an amazing evening. Ciampa continues his reign as NXT’s top dog despite a spirited effort from the former champion Black, and overcoming a heroic and spectacular effort from Ricochet, Johnny “Takeover” finally won the big one (sort of how Chris Jericho won the big one against the Rock for the WCW title at No Mercy 2001), erased previous disappointing losses, and staked his claim as the mega-star fans have always known he was. After an amazing night of high level wrestling action, both Gargano and Ciampa stood at the top of the ramp with their titles raised high. No, they didn’t officially get back together and if remains to be seen if they will, but for now we can all rejoice that DIY are BOTH CHAMPIONS once again.
**All content of this Hubbard Wrestling Weekly article is the exclusive and original property of HubbbardWrestlingWeekly©**