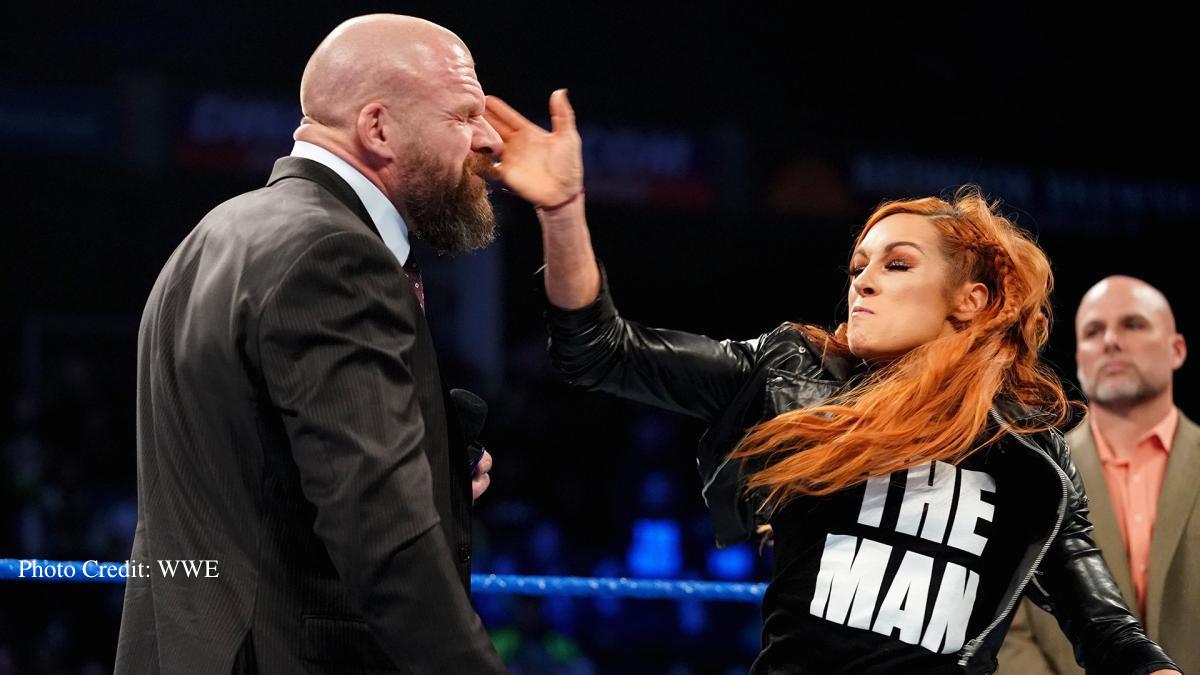 With WrestleMania season in full swing, WWE is attempting to turn back the clock with a familiar formula that seems to be entertaining the fans more than it has been in quite sometime. Becky Lynch is clearly the #1 superstar in WWE since the moment she slapped the taste out of Charlotte Flair’s mouth at Summerslam last year, and the momentum continues to build as “The Man” is proving she is MORE THAN WORTHY of the main event slot she’s earned against Ronda Rousey at WrestleMania 35. That being said, be clear, when this writer says ‘earned’, I don’t just mean earned as in qualifying by winning the 2019 Royal Rumble. Earned in this case means years of hard work and overcoming obstacles that have made her the biggest fan favorite (anti-hero) WWE has had in many years.
WWE attempted to turn Becky full heel after Summerslam, but the fans had no part of that and FINALLY the powers that be in the world’s #1 wrestling organization have listened to the fans and kept Lynch right where she should be, an anti-hero bad-ass that the wrestling world has fallen in love with. It reminds us all of another anti-hero who took the world by storm 22 years ago when he gave his now famous finishing move to WWE’s “Authority” figure, when he attempted to keep him out of action due to injury. 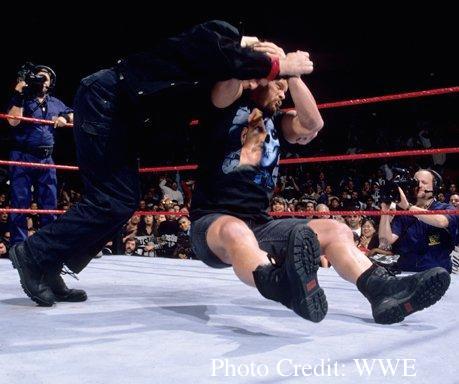 The explosion of WWE Hall of Famer Stone Cold Steve Austin’s popularity began not long after Austin severely hurt his neck in a match with the late-great Owen Hart. Austin was very popular at the time, but WWE took it to a new level when Vince McMahon (the man portrayed on television for many years as just an announcer, taking hilarious verbal jabs from Hall of Famers Jessie Ventura, Bobby ‘the brain’ Heenan, and Jerry Lawler, but recently became more of an authority figure as WWE’s real life owner) attempted to explain to Austin that he needed to be stripped of the Intercontinental and Tag Championship in order to heal up and not injure himself more. Stone Cold would go from star to MEGA-STAR with a stone cold stunner to WWE’s owner in Madison Square Garden in September of 1997 that shocked the world and changed pro wrestling forever.
Fast forward almost 22 years, now Becky Lynch (currently with a knee injury – it’s not totally clear if the injury is strictly storyline or not) was told by WWE’s Authority that she needs a doctor’s clearance to compete and until she gets it would be suspended, putting her WrestleMania RAW Women’s title match in jeopardy. Seemingly with the spirit of the toughest SOB in WWE’s history, 2019’s version of this beat down Stephanie McMahon on Monday Night RAW endearing herself to the fans even more (if that’s even possible, considering if you look up the word “over” in the dictionary, you would see Becky’s picture). It was awesome, and exactly what WWE needs to keep the fans they may have risked losing with the upcoming All Elite Wrestling scheduled to have it’s debut event this Spring. Becky would take it to an even more entertaining level by literally “SMACKING DOWN” Triple H the following night. It’s smart on WWE’s part to spin this storyline this way to get even more momentum behind it’s undisputed #1 star and with that comes even more excitement as it seems to be all but a forgone conclusion that WWE will have it’s first Women’s main event at it’s biggest show of the year April 7th in New York/New Jersey. 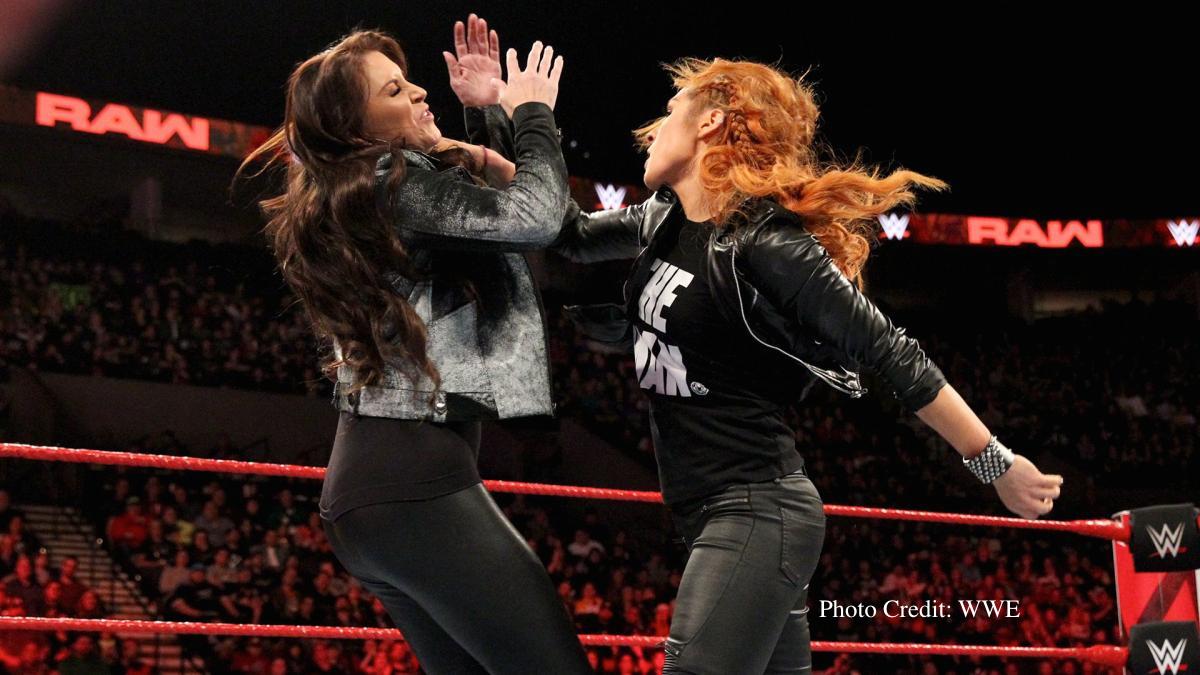