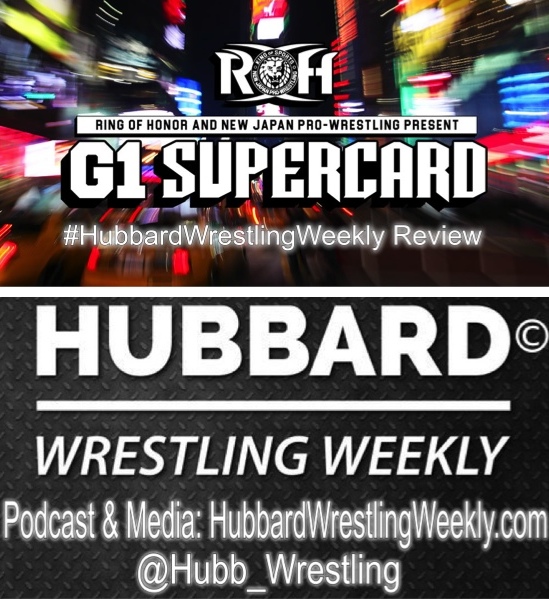 *Saturday night April 6th, 2019 will be the day that Ring of Honor and New Japan Pro Wrestling changed the face of professional wrestling forever, in the best possible way.*

In front of 16,534 fans in a sold out Madison Square Garden in New York City, Ring of Honor and NJPW wrestlers became legendary by being a part of one of the most historic events in the history of the business. The energy in the arena, as the late-great Gorilla Monsoon would say, you could cut with a knife. From the opening dark match, through the main events for the ROH and NJPW Heavyweight titles, every fan in the house could barely sit down due to the excitement brought forth during the first non-WWE professional wrestling event in ‘The World’s Most Famous Arena’. The card for this mega-event went as follows:

Guerrillas of Destiny DEF. Villain Enterprises, Los Ingobernables de Japon and The Briscoes to become the Unified Ring of Honor and IWGP Tag Team Champions. (**After this match we would see the unexpected and exciting invasion of the show by Enzo and Cass who would get into an all out brawl with the Briscoe Brothers and Bully Ray (who ran down to ringside to fight for ROH. This fight would go on for several minutes until security would escort Enzo and Cass out of the arena. **For extended and exclusively captured video footage of this situation, click https://www.bodyslam.net/2019/04/06/enzo-cass-g1supercard/ brought to you by Hubbard Wrestling Weekly and BodySlam.net.**)

Matt Taven DEF. Jay Lethal and Marty Scurll to become the new Ring of Honor Heavyweight champion of the world

This was a night that left fans truly entertained with some of the world’s best wrestling action any of us have ever seen, and in this writer’s opinion, Ring of Honor and New Japan Pro Wrestling proved they are on level that ANY WRESTLING COMPANY in the world needs to pay attention to. ROH and NJPW have been and will continue to be what professional wrestling is all about. It was truly an honor to be in attendance.
**All content of this Hubbard Wrestling Weekly article is the exclusive and originial property of HubbbardWrestlingWeekly©**