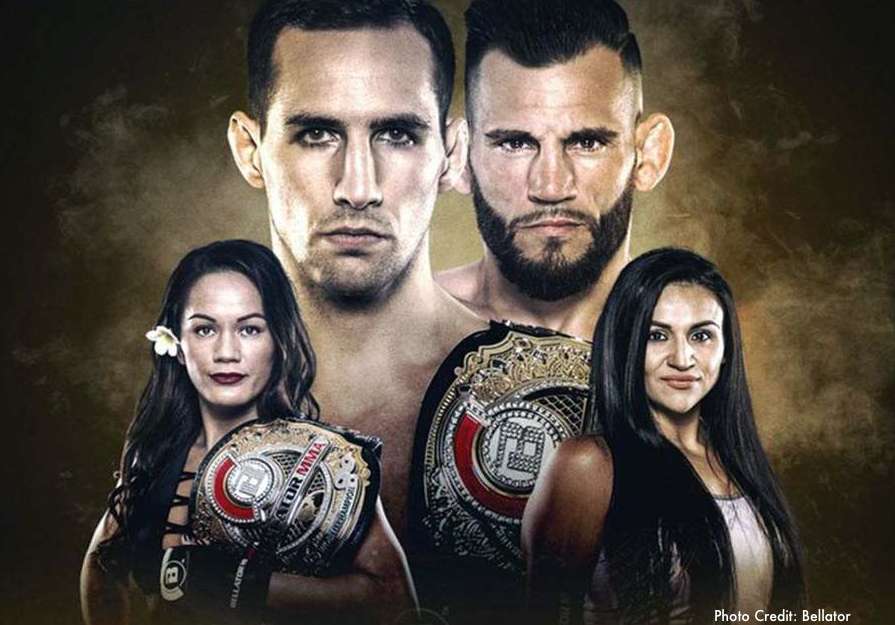 On April 27th, 2019 Mixed Martial Arts took center stage once again, this time live at the SAP Center in San Jose, California for Bellator 220. There is nothing more exciting in the sport than a championship match, and fans were treated to a double main event with both the Bellator World Welterweight and World Women’s Flyweight titles on the line. 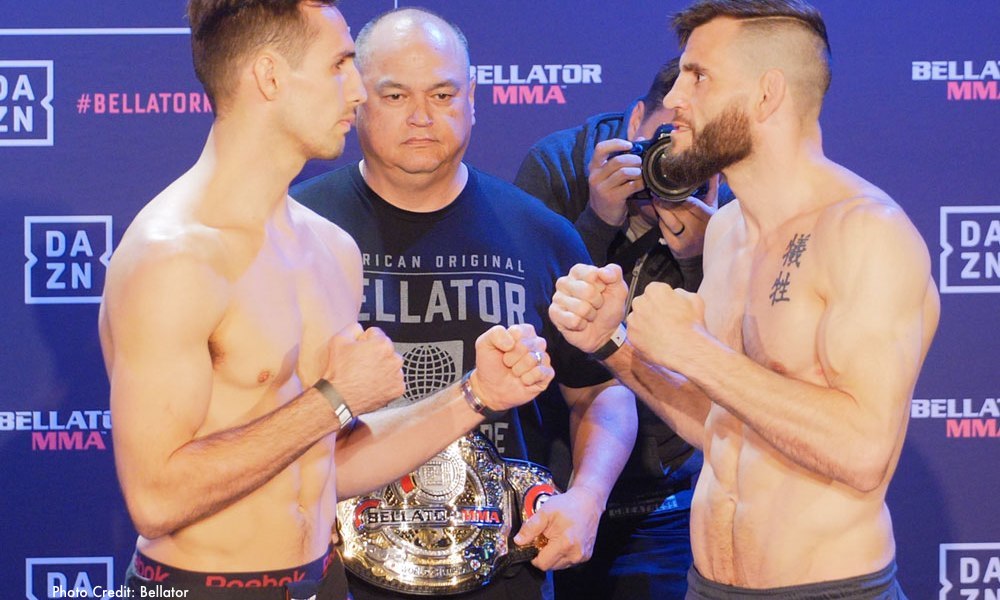 It was the main event of the evening for the Bellator World Welterweight Championship as champion Rory MacDonald defended his crown against Jon Fitch as part of the Bellator Welterweight World Grand Prix tournament. The match-up was evenly contested throughout (as was eventually indicated by the fight’s final result), and by night’s end, MacDonald retained the title via Majority Draw. This fight was fought mostly in the clinch and on the mat, and in this writer’s opinion, it seemed that the champion would retain in a close decision, however the judges would rule that Fitch had done enough to not be considered the loser of this contest. Both champion and challenger put on a valiant performance, but with the champion’s advantage in a draw, Rory is still the Bellator Welterweight Champion of the World and with that will continue in the Welterweight Grand Prix. Unfortunately for Jon Fitch, he is eliminated from the tournament though he was never defeated. This sets the stage for the Grand Prix semi-final where MacDonald will face the undefeated Neiman Gracie. 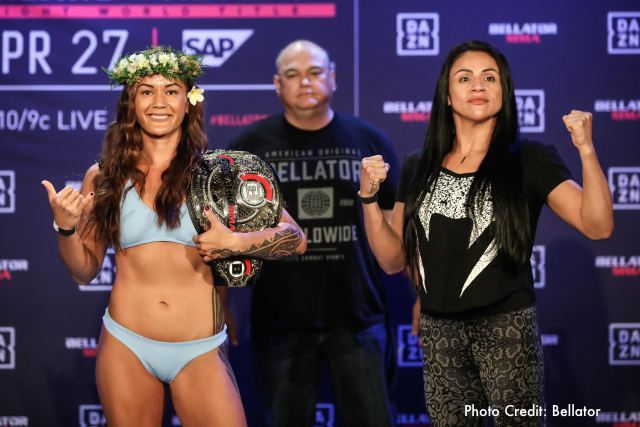 * Ilima-Lei Macfarlane defeats Veta Arteaga by TKO (via stoppage by doctor) to retain Bellator Women’s Flyweight Championship
In the co-feature of the evening, Bellator MMA superstar Ilima-Lei Macfarlane defended her Bellator Women’s Flyweight Championship of the World against Veta Arteaga. The undefeated champion went into the contest favored to retain her title, however it was a very competitive contest as Veta pushed Ilima to the limit. It was truly a title defense that lived up the hype and there was a chance that the championship would have been in jeopardy if the fight went the distance. The score cards would not be a factor however, as the Women’s Flyweight champ delivered a massive elbow on the forehead of the challenger at the 1:50 mark of the 3rd round. The blow would cause a massive gash on the challeger’s head that would immediately start gushing blood, which led the official to request the doctor to take a look. Arteaga was willing to continue and the fans were eager to see this competitive match continue, but the decision was made that it would be in the challenger’s best health interest to end the contest. This would give Macfarlane the 3rd round TKO victory, bringing her undefeated record to 10-0 as she remains the Bellator World Champion.