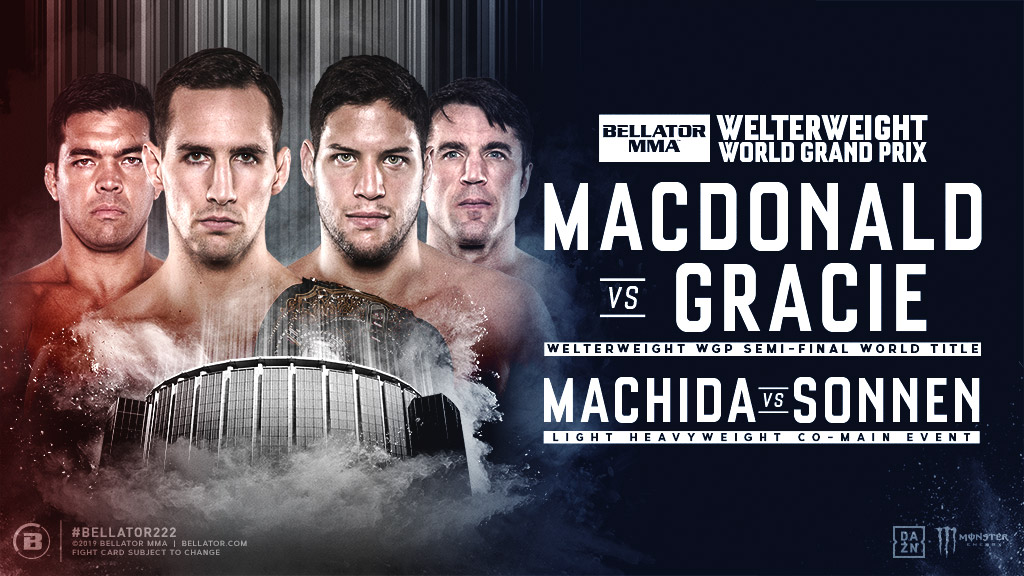 Robson Gracie Jr. wins via submission (Rd. 1)  in quick fashion over Oscar Vera to improve his record to 2-0

Haim Gozali was victorious via submission (Rd. 1) over Gustavo Wurlitzer. The triangle choke led to this impressive victory which has Gozali now at 11-6

Lindsey VanZandt won by technical submission (Rd. 1) via rear naked choke over Rena Kubota.  VanZandt is not 6-1 in her career

Valerie Loureda was victorious by way of unanimous decision over Larkyn Dasch in a hard fought contest. Loureda is now 2-0

*Post-Fight interview w/ Larkyn Dasch during her media availability after her fight vs. Valerie Loureda at Bellator*

John Beneduce victorious by Unanimous decision vs. Kenny Rivera. Beneduce is now 3-2 in his career

Kastriot Xhema won via punches leading to TKO (Rd.2) over Whitney Francois, improving his record to 3-3

Brandon Polcare was victorious by Submission using guillotine choke (Rd. 1) against Brandon Medina which brings his record up to 2-2

against a man who previously defeated him, Rizin Fighting

Bellator Bantamweight Champion of the World. His record improves to 27-2

and is now the Bantamweight ‘Champ-Champ’

In this fight, the once defeated Archuleta scored a sensational

one-punch knockout victory which improves his record to 23-1

The undefeated Mix stayed that way, almost immediately attacking the back of

Bandejas, and not long after that was victorious via rear naked choke

submission. He is now 11-0 in his career

improve his record to 2-0. After the fight, Dillon could be heard saying “Too Easy”

Towards the end of a competitive round one “The Dragon” caught

“The American Gangster” with a flying knee, which almost ended the fight

before the bell rang. When the second round commenced,

Machida hit Sonnen with a 2nd flying knee followed by punches, which led to a

TKO victory.  After the fight,  an always charismatic and respected

Chael would announce his retirement from MMA. The Madison Square

ovation as he left the cage for the final time.  Chael Sonnen retires with a

in New York City concluded with the main event of the evening. The Bellator

entered the cage to defend his title against undefeated challenger Neiman Gracie (9-0).

In a fight that saw a lot of mat work from both competitors, the final result would be

left in the hands of the judges. The final scorecards would read

of the World is Rory MacDonald, who will now move on to

defend the Welterweight title in the Grand Prix Finals. Rory MacDonald is now 21-5-1

*This article and video footage are the exclusive property of HubbardWrestlingWeekly©*