In a performance live from Las Vegas’ MGM Grand Garden arena that will more than likely lead to a much anticipated rematch against WBC Heavyweight Champion of the World Deontay Wilder, Lineal Heavyweight Champion  Tyson Fury successfully defended his title against a tough but over-matched Tom Schwarz via 2nd round TKO.  There is no doubt that the reported $100 million contract Fury signed with ESPN/Top Rank Boxing looks like the right move for Top Rank Boxing founder and CEO Bob Arum as Tyson showed the world he should be considered one of the two very best Heavyweights in the world. 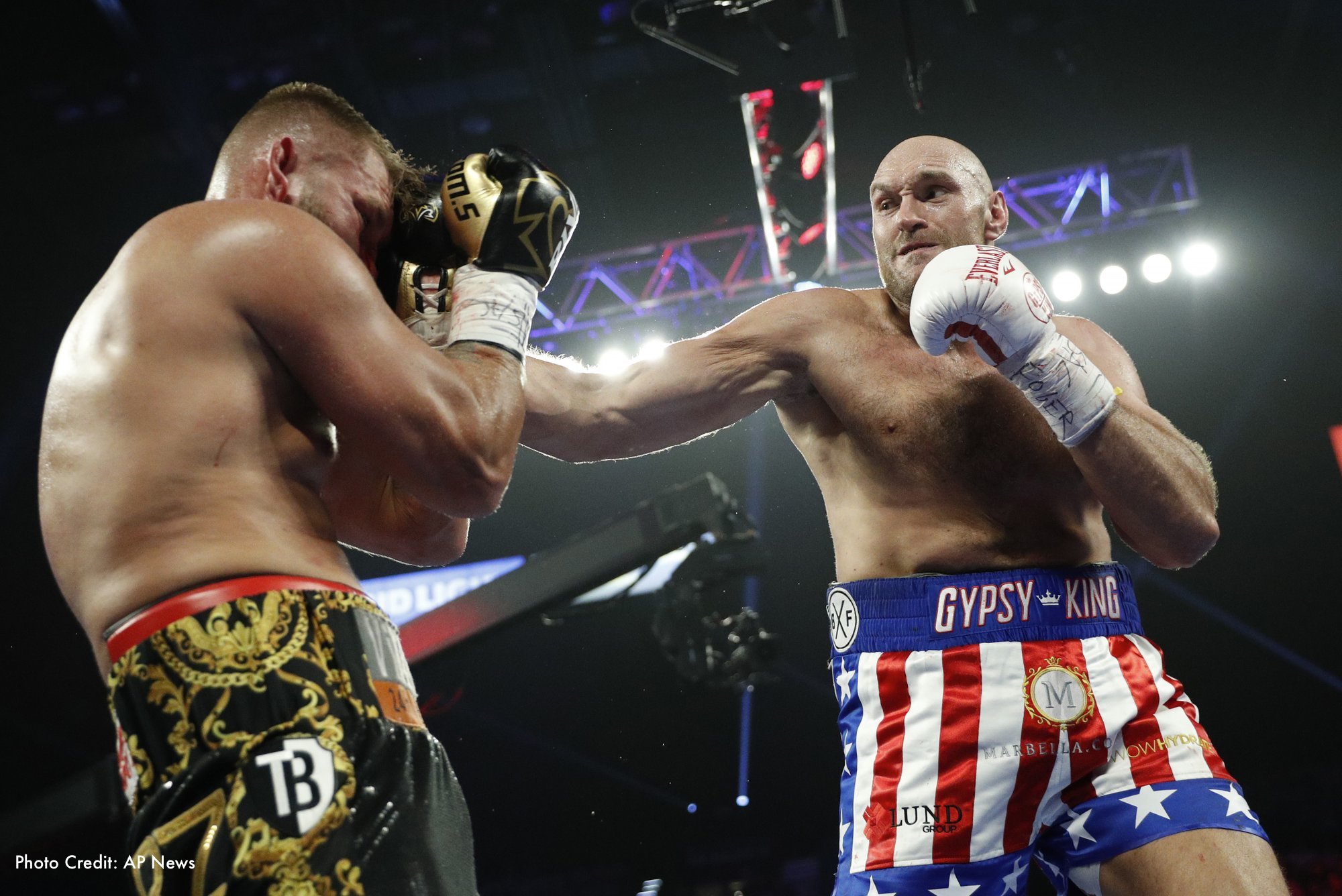 Tonight, Tyson Fury was charismatic (entering the ring in “Apollo Creed” fashion – ‘Living in America’ by James Brown), focused (dominated the action in round 1), and ready to impress (sensational 2nd round TKO stoppage to retain the Lineal Title he’s held since 2015.  (This fight was brought to you by ESPN+ in the United States and FITE TV Internationally.