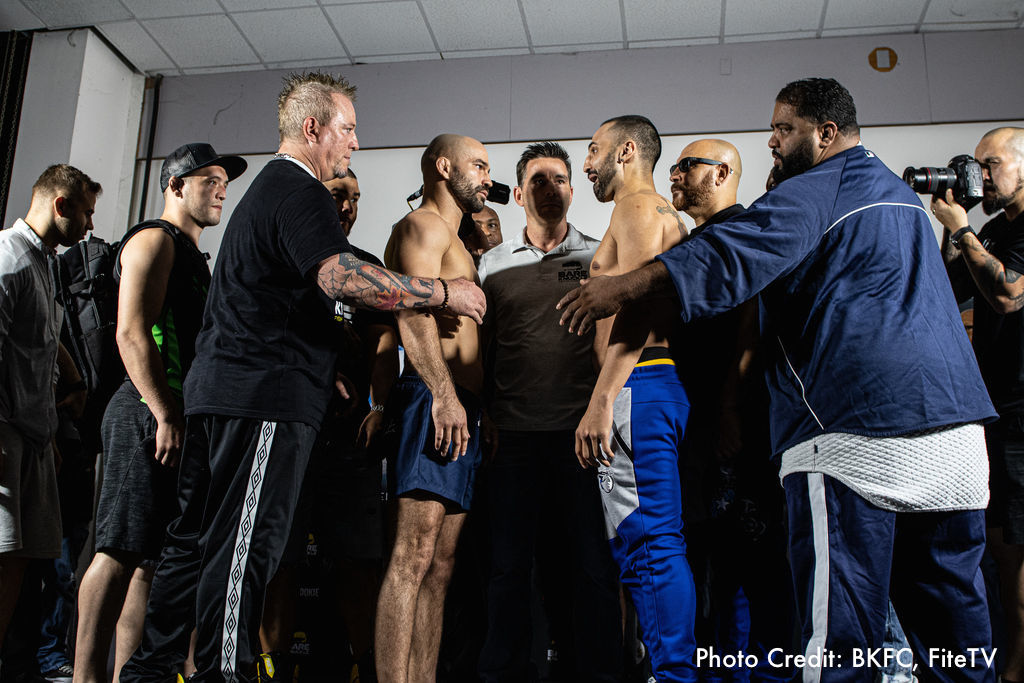 Live from Tampa, Florida on FITE TV pay-per-view combat sports fans saw a grudge match and MMA vs. Boxing match all in one when former 2-division Boxing World Champion Paulie Malignaggi made his bare knuckle fighting debut against a man with UFC experience and someone who won  a 5-round war against Jason Knight back in April of 2019, Artem Lobov.  This personal issue that would be settling in the ring at BKFC6 began with a sparring session between Malignaggi and MMA superstar Conor McGregor (who is Lobov’s teammate/training partner). The war of words spread from Malignaggi and McGregor to Malignaggi and Lobov. It continued during press conferences and face to face meetings where the former WBA & IBF boxing champion actually slapped Lobov in the face.

This would all lead to the main event of BKFC6. It was truly a fight in every sense of the word and both men had shining moments during the fight. Paulie would attempt to use his boxing skills throughout the fight, keeping his distance from the MMA fighter Lobov, and it was arguable that he was winning the fight early. Artem, however would recover and begin to close the distance between he and Malignaggi landing punches at high rate which led to several cuts on his opponent’s face. When the fight came to it’s conclusion, it was unclear who had won. Would Paulie’s early boxing lesson be enough to earn the win, or would Artem emerge victorious in comeback fashion?

When the scorecards were read, each judge had the fight scored 48-47 (3 round to 2) for the winner and now 2-0 in his Bare Knuckle career, Artem Lobov.

The post-fight was almost as interesting as the impressive in-ring action, as Lobov and Malignaggi seemingly ended their personal rivalry almost instantly. Hugs, bows, and respect were on full display by both fighters, who obviously decided to leave the personal insults in the past. Paulie Malignaggi’s post-fight comments included the fact that he thought he won the fight, apologies to his fans who thought BKFC was “beneath him”, and the revelation that this would be his first and last fight in the Bare Knuckle Fighting Championship.

BKFC 7 was announced for August 10th, 2019 in Biloxi, Mississippi and will feature Jason Knight returning the the BKFC ring after his hard fought loss to Lobov in April, going up against Leonard Garcia.