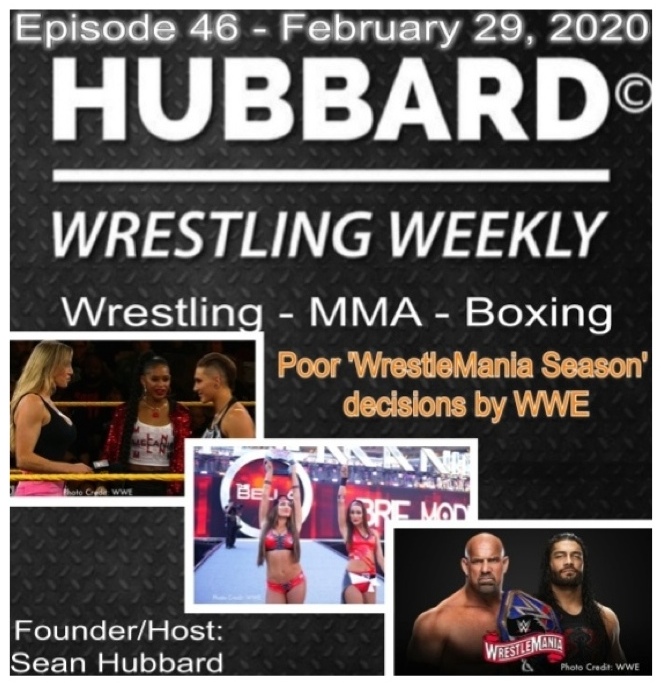 It’s the 29th day of February, a leap year, and it seems WWE is leaping to some controversial decisions in the past couple of weeks as we are in the midst of WrestleMania season. Listen to Episode 46 of the Hubbard Wrestling Weekly© podcast as host Sean sounds off about the Bella Twins entering the WWE Hall of Fame BEFORE superstar hall of fame talents like former Women’s champions like AJ Lee and Victoria, the poor decision to have Charlotte Flair defeat upcoming superstar Bianca Belair on NXT, Goldberg winning the Universal Championship, and Roman Reigns getting Universal Championship match without even having to win the Elimination Chamber. Click, Listen, Enjoy, Share.