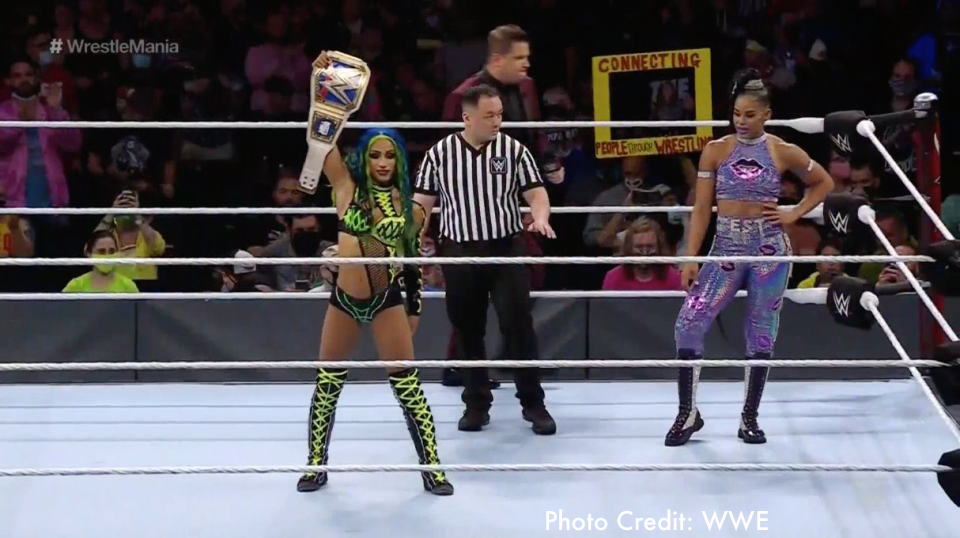 BELAIR vs. BANKS at Wrestlemania : “Historic, Excellent, and Inspirational”

It is very rare when you have moments in professional wrestling that go beyond the historical significance of the  industry, but dive into the history of World Culture.  Last night at WWE WrestleMania 37 in Tampa Bay, Florida, the wrestling world witnessed such a moment as we saw not only as one of the greatest WrestleMania matches of all time, but also one of the most historically important moments in all of entertainment.   April 10th, 2021 was night 1 of a 2-part wrestling weekend fans all over the world have waited for during a span of one year, one month, and one day. For the first time since March of 2020, when the covid-19 pandemic began, WWE fans were live and in person for WRESTLEMANIA 37.  That itself is history in the making, but what we would witness in the main event of this show would (in this writer’s opinion) change the face of professional wrestling forever. 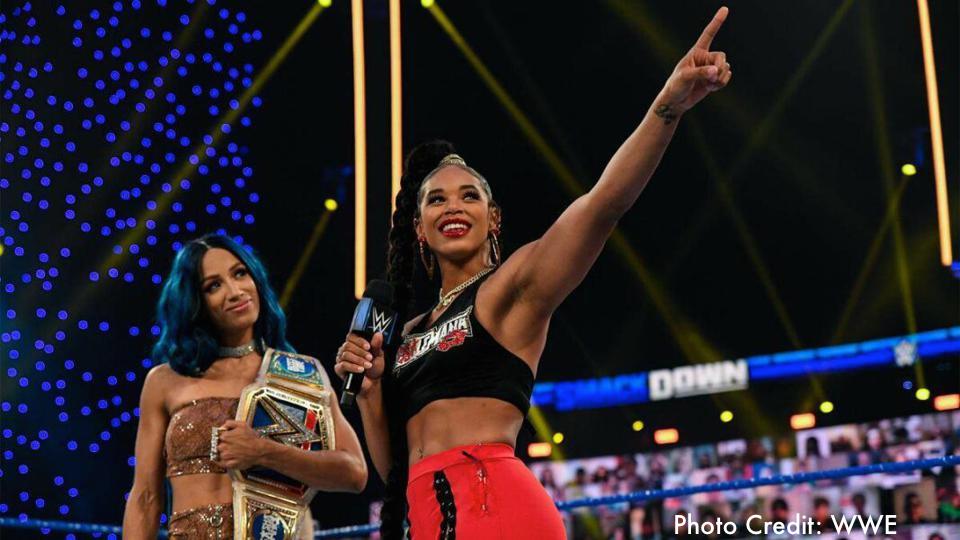 Announced earlier in the day by WWE social media, it was known before showtime that Bianca Belair and then-WWE Smackdown Women’s champion Sasha Banks would close the show, making it the 2nd time in WrestleMania history that women would main event a wrestlemania card. As a wrestling purist, this writer was happy to hear that in a 2-night event, the women’s royal rumble winner and the champion she challenged would take their rightful place at the top of the card, however no one could have ever imagined how amazingly this would all play out.

In front of a socially distanced sell out crowd in Raymond James Stadium, Sasha Banks and Bianca Belair put on a match of a lifetime. This match could rival any women’s match in history and honestly any men’s match in history as well.  Athleticism, passion, and emotion were center stage as two Black Women main evented the biggest show in all of wrestling.  Two years ago at Wrestlemania we all had a similar feeling as Kofi Kingston won his first ever much deserved WWE World Championship (a moment that still gives me goosebumps to this day).  On that same night in Metlife Stadium Becky Lynch, Charlotte Flair, and Ronda Rousey were the first women to main event wrestlemania (a moment of major historical significance).  That being said…. Bianca vs. Sasha felt different.

As the match progessed, Bianca Belair vs. Sasha Banks didn’t feel like just a wrestling match.  This match didn’t even feel like just a Wrestlemania main event.  This match was bigger. This match was special. This match was for more than just a women’s world title. This match changed the face of professional wrestling forever.  For two African-American women to main event the biggest sport-entertainment event in history on a night that the fans returned after 1 year, 1 month, and 1 day away from ringside, in a one-on-one title match, and put on a performance of epic proportion… What we witnessed was HISTORY at its SPECTACULAR and most MAGNIFICENT best!   Last night, Bianca Belair and Sasha Banks didn’t just give us a Wrestlemania main event for the ages, they didn’t just give us a Wrestlemania moment, what they gave us was an inspiring, encouraging experience of a lifetime!