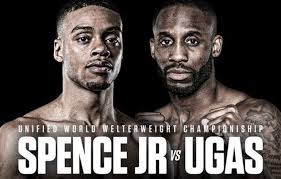 Last night on Showtime / Premier Boxing Champions pay-per-view (worldwide) and Fite TV in International markets, the boxing world saw the unification of the WBC, WBA and IBF welterweight championships of the world as arguably the SECOND biggest fight possible in the Welterweight division took place in Dallas, Texas. In the home of the Dallas Cowboys, AT&T Stadium, IBF & WBC title holder Errol Spence Jr. was on a mission to unify 3 belts vs. WBA champion Yordenis Ugas, who won the title against future hall of famer Manny Pacquiao in August of last year. 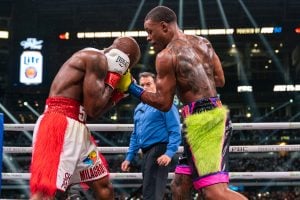 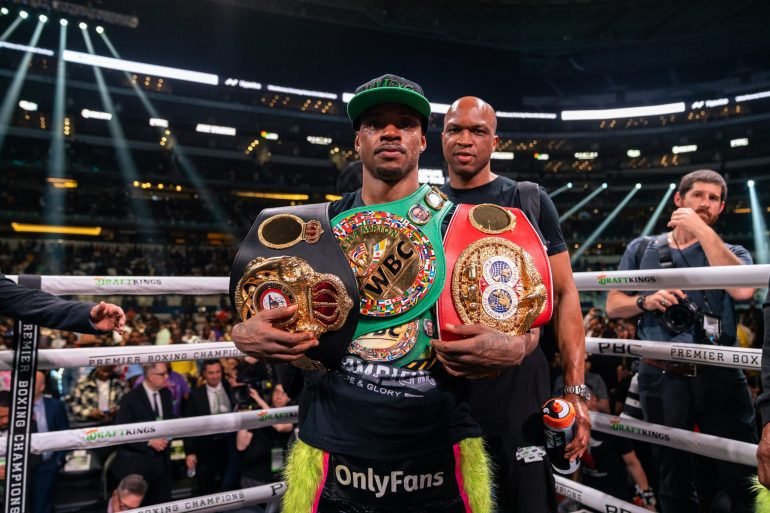 Spence was spectacular in front of almost 40,000 of his hometown fans as he dominated most of the fight against the tough but over-matched WBA champion.  The punch of the night for the WBA/IBF champion was without question the uppercut.  This was Spence’s go-to punch all night long as time after time Ugas looked visibly hurt by the barage of punched by Dallas’ own Errol Spence, Jr. After Spence winning 4 out of the first 5 rounds (according to Hubbard Wrestling Weekly©️   fight scoring, the 6th round saw Ugas have his most productive moment of the fight, as he caught the eventual unified 3-belt champion with a good shot that knocked Spence’s mouth piece. Spence looked somewhat confused as he stopped fighting and looked to the canvas for his mouth piece as Ugas caught Errol with a big time follow-up right hand that sent him stumbling into the ropes. It was for that moment that a big upset was possible, that is until Errol Spence Jr. recovered.  At that point, Spence gathered himself and dominated the remainder of the fight swelling up Ugas’ eye to the point the doctor suggested to the referee the fight be stopped for now the former WBA Champion’s safety.  It was indeed a defining moment in Errol Spence Jr’s career and now there is only one more mountain to climb… The WBO Welterweight champion Terence Crawford.  It’s common boxing knowledge that the undefeated WBO champion is now a free agent from a promotional standpoint, which means all the previous roadblocks for these two undefeated champions to come together seemingly are no longer there.   This means that for the first time, boxing fans all over the world now have a reason to believe a fight between the two best welterweights in the world to crown an undisputed champion will actually happen. Only time will tell.