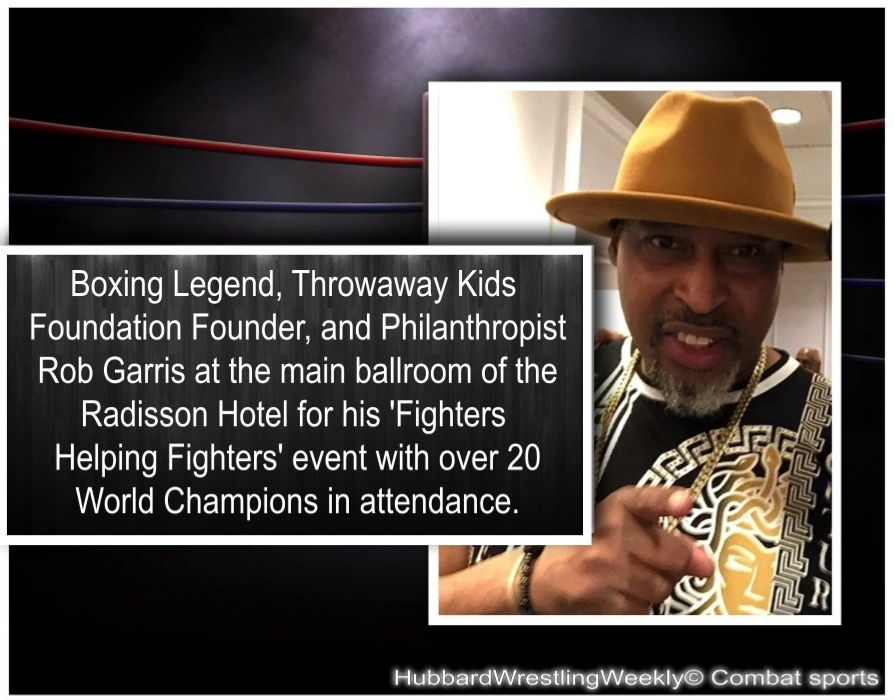 On April 30th, 2022, the boxing community was treated to one of the most historically significant events in it’s history. So many times, we hear in the boxing and combat sports world the term “give back”. Its a figure of speech that is used time and time again, but in rare instances, you have someone who truly steps up to the figurative plate and leads by example. This past weekend the boxing world and some of it’s most successful practitioners were given the respect and admiration they so richly deserve, as New Rochelle’s own Rob Garris presented “FIGHTERS HELPING FIGHTERS” charity event.  It was a spectacular afternoon of family, friends, memories and memorabilia in the main ballroom of the Radisson Hotel, and the boxing community showed up in full force to celebrate some of the greatest boxing champions of all time.

Hubbard Wrestling Weekly© Combat sports had an opportunity to speak with some of the guests of this event live at the Radisson Hotel in New Rochelle, NY to get their first-hand insight on their boxing legacies, how they are doing now, and a personal outlook on this wonderful event Rob Garris put together: